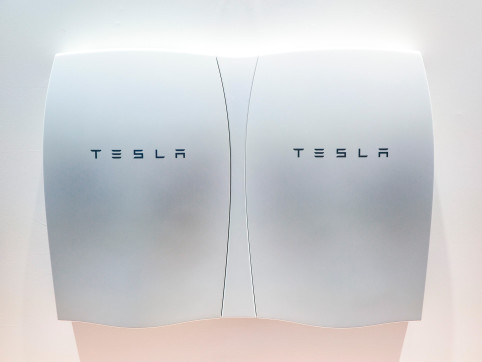 Finding Sources of energy isn’t actually difficult. It comes from wind, from water, from the sun, from the geothermal forces in the heart of the planet itself. The trick is holding onto that energy and moving it around, storing it and then delivering it where people need it. That’s why carbon-based sources like oil are so great. They’re transportable and shelf-stable.

So how will people store and transport energy from renewable sources? Batteries.

Tesla will bring a battery to homes and offices. The battery in 7 or 10 kilowatt-hour sizes. For bigger operations, there’s also a 100 kWh unit called the Powerpack. And the Powerwall doesn’t just let you bank late afternoon solar for late night bingeing; you can also pull power from the grid during off-peak hours. All this for $3,500.

Battery technology is already pretty robust, but it’s never been able to hit such a reasonable price point. “The challenge is to develop a storage system that is economical, with a reasonable payback period for the customer,” says Ping Liu, program director at ARPA-E, the government agency charged with developing new sources of energy.

Batteries don’t store electricity; they store energy. They do this by keeping two different materials—a positively charged cathode and a negatively charged anode—separated by some sort of non-conducting material, categorically called electrolytes.