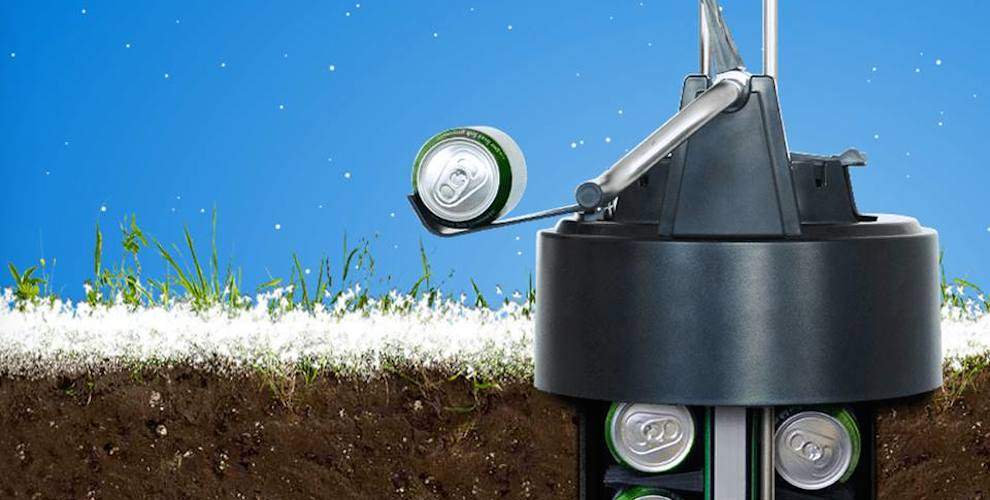 Four geniuses from Denmark have invented a beer-cooling system that is not only great for the next party, but is also great for the environment. They’ve called it the eCool.

The eCool has been designed to act like an underground beer fridge, but without using a single watt of electricity. Holding up to 24 330mL cans, the system gets installed underground, cools your beer, and when it’s time to drink a hand-powered crank is used to raise your cans to the surface one at a time.

The eCool does come with some assembly required, though.

First, dig a hole large enough to house the eCool’s 113-centimetre height and 22 to 30-centimetre diameter. You’re advised to use a garden drill for this but a shovel will work as well.

Once the hole has been dug, plonk your eCool in the ground. It weighs in at 12 kilograms, so you might want to install this with a mate.

Then load it up with a crate of your favourite ale and the Earth will cool your brews, keeping them chilled for beer o’clock.

There’s no use of electricity, no accidentally frozen cans, and you’ll feel better not using the second refrigerator anymore (you know, the one that’s stocked full of tinnies).

Because Australia has a harsh climate, installing the eCool in the shade of a tree might be your best bet to keeping those beers cold. But as Gizmag points out, how cold your beer gets really depends on the season and the country you’re living in. Using it in the middle of winter in Greenland will ensure a cold brew, but crank up a beer during a hot summer’s day in the Red Centre and you’re probably going to be sipping it English style.