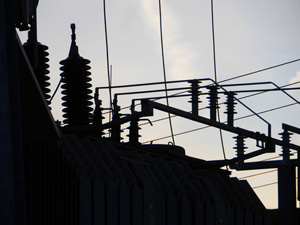 Experts predict solar and wind could someday provide 20 percent or more of our total electricity. But until there’s an affordable way to store power to use on cloudy, windless days, we’ll likely rely on other forms of energy to keep the lights on. George Crabtree, a professor at the University of Illinois, Chicago, explains.
CRABTREE: “The problem is that batteries are now about 5 times the cost of a gas plant. So no one wants to invest that much money when there’s an alternative available – I’ll just build a gas plant.”

So researchers are trying to develop batteries that can store more power at a lower cost than current technology. Crabtree says the research field is rich with possibilities.

CRABTREE: “There’s at least 50 to 100 batteries out there that you can look at.”

The power grid could be transformed if at least one of these new technologies can store large amounts of electricity affordably.

CRABTREE: “So instead of using it, I can store it. Instead of generating it, I can take it out of storage. And this is really a game changer. So if we can really learn how to do this, I think the grid is going to change dramatically.”