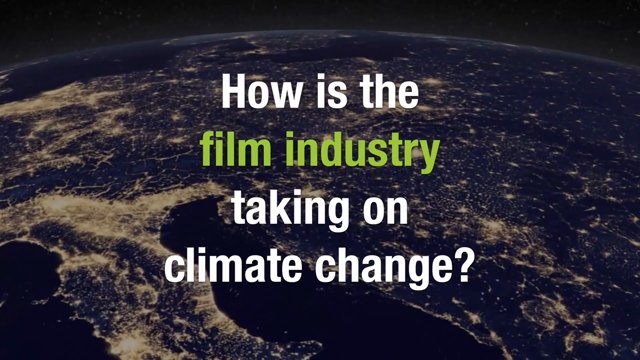 Several of the world’s leading filmmakers have pledged their support to Film4Climate, which is staging events today and tomorrow at the Cannes Film Festival, is an initiative to develop proposals to mitigate the environmental impact of film production, as well as raise awareness about climate change through cinema.

This new initiative aims to drive consensus across the film community on a shared set of global standards to sustainably produce films, building on the guidelines already created in a number of countries.

It’s time for a global creative and influential alliance to tackle the climate crisis,” said Donald Ranvaud, Film4Climate’s Creative Producer. “We can unite the film industry to reinforce that we do care about the environment and are prepared to do something concrete about the dramatic issue of climate change.”

The initiative will also aim to establish a formal declaration to be signed by those who pledge to meet the standards, reduce impact on the environment, and participate in encouraging climate change awareness and action.

Among those supporting the initiative are Bernardo Bertolucci, Wim Wenders, Fernando Meirelles, Walter Salles, Atom Egoyan, Bob Rafelson and Pablo Trapero. In a call to action, Bertolucci said: “There is no doubt the earth is in danger. I am looking forward to see testimonies about the climate changes.” Wenders added: “To combat climate change is one of the major tasks of our generation.”

Created in 2009, Ecoprod develops resources to help reduce the environmental footprint of their activity. It created the first software to calculate the carbon footprint of film productions, now used by the main producers in France. In 2012 Ecoprod published an eco-production guide to reducing emissions of film production and acting sustainably.