This Project is about a solar power program located in Voznesenk, a village of the Mykolaiv Region, Ukraine. The project was implemented by Activ Solar.

Activ Solar is a company founded in 2008, committed to the development of the solar industry. Established in Vienna, Austria,  the company owns and manages a portfolio of solar assets with a view to create a world-class integrated solar energy platform.

This place is suitable for the exploitation of the solar energy since it is a place which receives a lot of sunlight (we can see it in the following map, developed by solarGis). After Crimea and Odessa, Mykolaiv is the third Ukrainian region where Activ Solar has constructed solar parks. 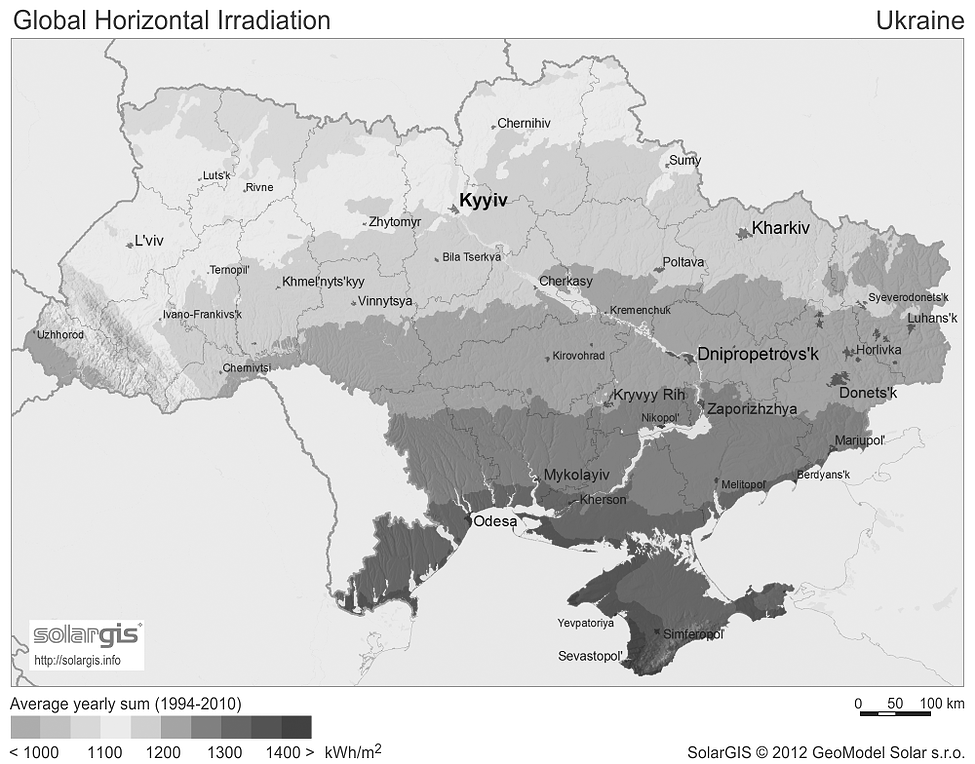 Activ Solar has constructed the Voznesenk Photovoltaic power plant that represents approximately 60 hectares of photovoltaic panels installed. There are 121,176 crystalline photovoltaics modules installed, allowing the use of solar energy and its transformation to electric energy for human consumption. The project has an installed capacity of 29.3 MWp. The Activ solar project was concluded in February 2013.

Coolmyplanet publicly recognizes the contribution that this project brings to the fight against climate change. This project combats the devastating effects that human activity are causing on the Environmental since the use of solar energy avoids the fossil fuels burnt and the depletion of the natural resources. If less fossil fuels are used, there will be a reduction of the projected rise on the average temperatures of the Earth’s Surface.

This program has a cooling effect on temperatures equivalent to 14650 Credits.

Credits allow you to offset your personal thermal footprint.